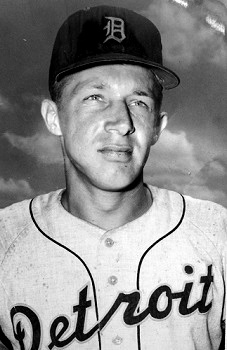 Donald Richard Lumley (Dec. 30, 1936 - March 4, 1966) was the son of Mr. and Mrs. Harry C. Lumley and the husband of Karolee Lumley of Sacramento, CA. Lumley was a talented baseball player before he enlisted in the Marine Corps in 1956. He played as an left-handed batter and outfielder signed with the Panama City Fliers as part of the Alabama-Florida League in 1954 and the Jamestown Falcons in the Pennsylvania-Ontario-New York League in 1955.

During his first tour of service, Lumley was stationed in Japan where he continued to also play baseball as part of the Okinawa Service League and the Camp McGill Marines. He served for three years overseas before returning back to the United States in 1958. He went back to playing Minor League Baseball with Sacramento during the Winter Baseball League before playing outfield and first base for the Knoxville Smokies. Lumley went into contract with the Detroit Denver Bears in 1960 and then played for the Nashville Vols in the 1961 Season. He retired from Minor League baseball at the end of the 1961 season and moved to Knoxville where he took a job as the Freshman Baseball Coach at the University of Tennessee. However, Lumley continued to play at the amateur level while at UT with Knoxville’s team and was with them in 1964 when they won the Stan Musial World Series of the American Baseball Congress.

Lumley was recalled into active service as a Second Lieutenant in January 1966 as part of the increase in US involvement in Vietnam. He was deployed as an officer in Company F, 2nd Battalion of the 7th Marines. His battalion was quickly deployed as part of Operation Utah to secure an area of operation in the Quảng Ngãi province in the spring of 1966. On March 4, Lumley was part of the first wave of marines sent to secure a landing zone when they were met by heavy fire by the NVA. With their company commander injured from machine gun fire and their 1st platoon cut off from the rest by the NVA, the Battalion CP was alerted to their serious condition. Only after heavy airstrikes that included both missiles and napalm was Company F able to reach their defensive position objectives near the hamlet of Chau Nhai. 2nd Lieutenant Lumley was killed in action by an enemy gunshot wound along with forty-two other Marine casualties during the operation.

Don Lumley’s body was recovered and returned home to his family in Sacramento where he is buried at East Lawn Elk Grove Memorial Park in Elk Grove, California.