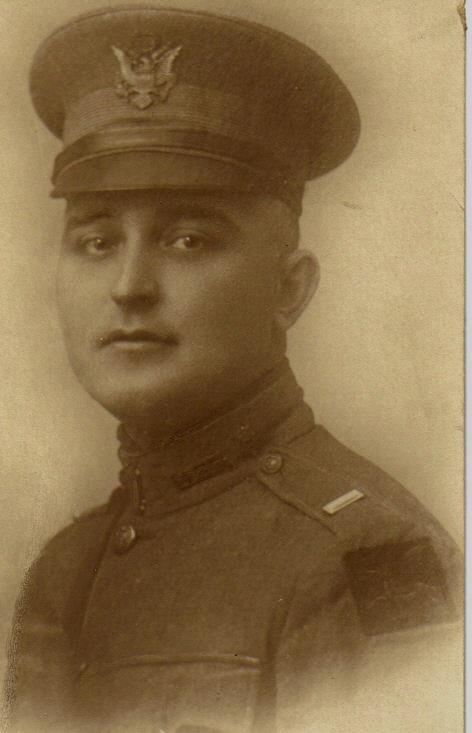 Grover Cleveland Carter (Feb. 8, 1893 – Oct. 16, 1918) was born into a family of physicians in Selmer, Tennessee. Following his father and older brothers, Cleveland attended University of Tennessee Medical School’s campus in Memphis from 1913 to 1917 where he earned an M.D. in Allopathy. He interned at Baptist Memorial Hospital in Memphis before volunteering his medical skills to the war effort in 1917.

Carter joined the United States Army as a 1st Lieutenant Army Surgeon, but was attached to the British Expeditionary Forces to provide help and relief to a British military that had already seen several years of war. He was first stationed in October 1917 at Dartford War Hospital in Kent, England that treated both Allied wounded and German Prisoners of War. He was then deployed to France alongside the 104th Field Ambulance Medical Corps of the British Expeditionary Forces in March 1918. In the aftermath of the Second Battle of Le Cateau, Cleveland was fatally injured by shrapnel while treating wounded on the frontlines near Le Cateau, France and died of his wounds on October 16, 1918.

Carter was buried in Flanders Fields American Cemetery in Waregem, Belgium until returned home to his family in Selmer in 1923. He is currently buried there at Oak Hill Cemetery. 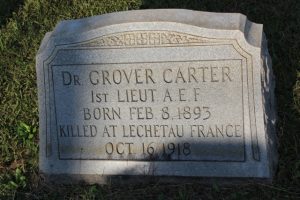