Fredrick Miller Key ( April 27, 1896 - Feb. 21, 1918) was born in Sidney, Ohio. He attend the University of Tennessee to study chemistry. Before he could graduate as part of the class of 1918, he enlisted in the United States Army when it entered World War I. He was attached to the Engineers Department in Knoxville, Tennessee, but soon contracted influenza before he was deployed to France. Key died due to the illness on February 21, 1918. He is buried at Cedar Point Cemetery, Pasco, Ohio. 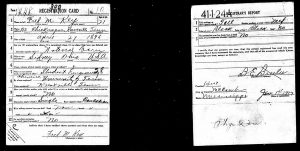 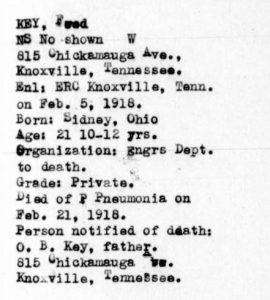 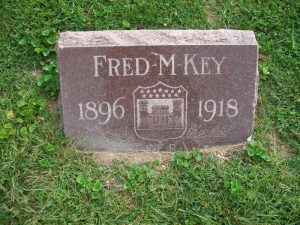