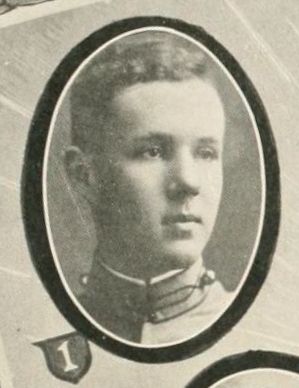 Charles Latham Underwood (21 April 1898 – 5 November 1918) was born in Knoxville Tennessee. He was the son of Henry L. Underwood and Belle Underwood. He was the middle child of a total of five siblings. He was a freshman at the University of Tennessee in 1917 as an Agriculture student when the United States entered the war.

Charles enlisted in the US army and did his training Fort Oglethorpe, GA on January 28th, 1918. He was assigned to recruit camp number three at Camp Greene, NC and later transferred to the central officers’ training school at Camp Gordon, GA. Underwood was training to serve as a part of the Aviation Section Signal Corps, the direct ancestor of the present day United States Air Force, running from the years of 1914 to 1918. Before his death, he was training to become a Second Lieutenant of the 315th Field Signal Battalion, 90th division.

During his training, Underwood died at Camp Gordon on November 5th, 1918 at 20 years old from lobar pneumonia, most likely related to the Spanish Flu. He is buried at Fairview Cemetery in Bowling Green, Kentucky. 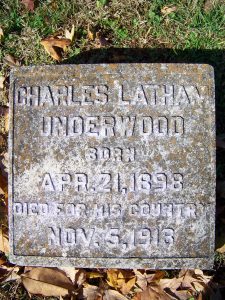 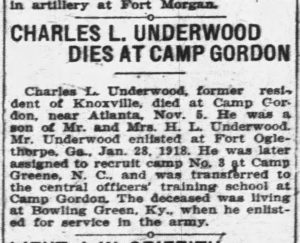