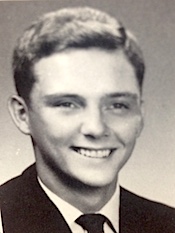 Boyd Wayne Smith (Dec. 14, 1947 - May 5, 1970)  was from Knoxville, TN and was a graduate of Central High School in the Class of 1966. Smith attended the University of Tennessee before being drafted into the United States Army. He conducted basic training at Fort Campbell, KY before attending Office Candidate School at Fort Sill, OK.

After training, Smith was granted the rank of 1st Lieutenant and made the commanding officer of B Company, 2nd Battalion of the 47th Infantry Regiment in the Army's 4th Infantry Division. He was deployed in Vietnam on April 7, 1970. On May 5, was killed in action with other soldiers when their truck exploded from hitting a mine north of Katum, SVN. He is buried at Lynnhurst Cemetery in Knoxville and his name is on Panel 11W Line 106 of the Vietnam Veterans Wall Memorial. 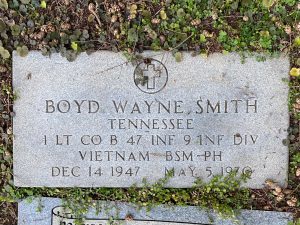