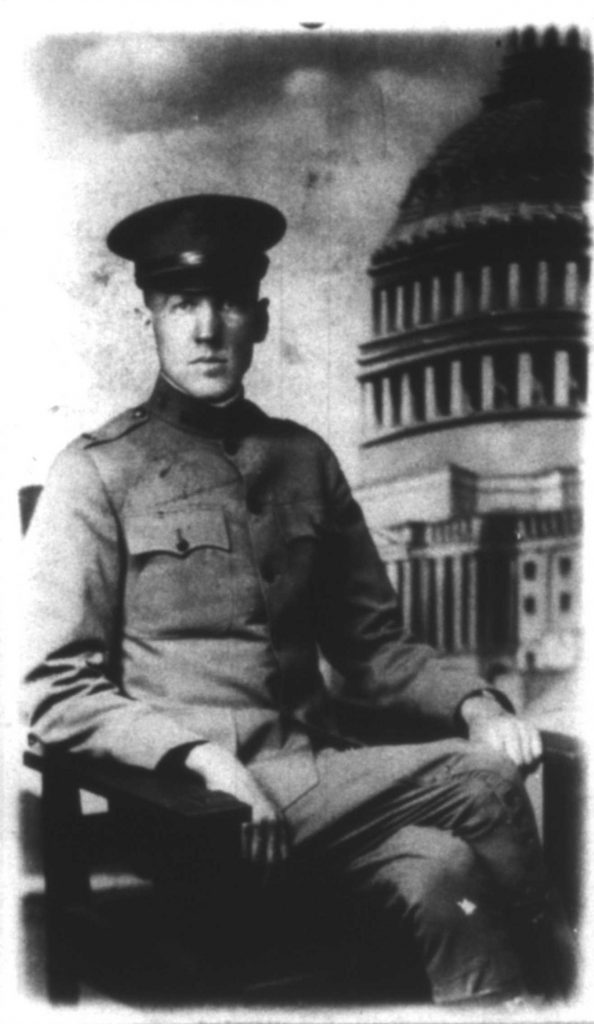 Dr. Ballard Columbus Lynch (Dec. 27, 1892 – Sept. 19, 1918), also spelled Linch in some government records, was born in the community of Goin in Claiborne County Tennessee. He graduated from the University of Tennessee in 1912 and completed a medical degree at Louisville Medical College in Kentucky on June 6, 1917. While he was a student, Lynch had worked as an intern at Knoxville General Hospital. He volunteered as a medical officer in the United States Army under the rank of 1st Lieutenant. He was assigned to the medical staff at Camp Meade, Maryland on April 25, 1918 before being deployed to France in August, 1918. 1st Lt. Lynch served in Europe as the senior surgeon of 3rd Battalion of the 314 Infantry Division. He was killed in action on September 29, 1918 when the aid station in which he attended the wounded from the front was hit by a German artillery shell. He is buried at Lily Grove Church Graveyard in Claiborne County, Tennessee.